It is related that His Holiness Christ -- May my life be a sacrifice to Him! -- one day, accompanied by His apostles, passed by the corpse of a dead animal. One of them said: 'How putrid has this animal become!' The other exclaimed: 'How it is deformed!' A third cried out: 'What a stench! How cadaverous looking!' but His Holiness Christ said: "Look at its teeth! how white they are!' Consider, that He did not look at all at the defects of that animal; nay, rather, He searched well until He found the beautiful white teeth. He observed only the whiteness of the teeth and overlooked entirely the deformity of the body, the dissolution of its organs and the bad odour. This is the attribute of the children of the Kingdom. This is the conduct and the manner of the real Bahá’ís. I hope that all the believers will attain to this lofty station.

Under a grove of trees near Lake Michigan, while in Chicago in 1912, ‘Abdu’l-Bahá gave intimate and loving counsel to His friends: 'Some of you may have observed that I have not called attention to any of your individual shortcomings. I would suggest to you, that if you shall be similarly considerate in your treatment of each other, it will be greatly conducive to the harmony of your association with each other.'

Honnold, Annamarie, Vignettes from the Life of ‘Abdu’l-Bahá, p. 88

We were to learn also that His Presence is a purifying fire. The pilgrimage to the Holy City is naught but a crucible in which the souls are tired; where the gold is purified and the dross is consumed. It did not seem possible that anything but love could ever again animate our words and actions. Yet that very afternoon, in my room with two of the believers, I spoke against a brother in the truth, finding fault with him, and giving vent to the evil in my own heart by my words. While we were still sitting together, our Master, who had been visiting the poor and sick, returned, and immediately sent for my spiritual mother, Lua, who was with us. He told her that during His absence one of His servants had spoken unkindly of another, and that it grieved His heart that the believers should not love one another or that they should speak against any soul. Then He charged her not to speak of it but to pray. A little later we all went to supper, and my hard heart was unconscious of its error, until, as my eyes sought the beloved face of my Master, I met His gaze, so full of gentleness and compassion that I was smitten to the heart. For in some marvellous way His eyes spoke to me; in that pure and perfect mirror I saw my wretched self and burst into tears. He took no notice of me for a while and everyone kindly continued with the supper while I sat in His dear Presence washing away some of my sins in tears. After a few moments He turned and smiled on me and spoke my name several times as though He were calling me to Him. In an instant such sweet happiness pervaded my soul, my heart was comforted with such infinite hope, that I knew He would cleanse me of all of my sins.'

Honnold, Annamarie, Vignettes from the Life of ‘Abdu’l-Bahá, p. 63

When once someone complained of Lua to ‘Abdu’l-Bahá, He turned to the person who had made the criticism and with a benign smile, said, ‘But she loves her Lord.’

Honnold, Annamarie, Vignettes from the Life of ‘Abdu’l-Bahá, p. 164 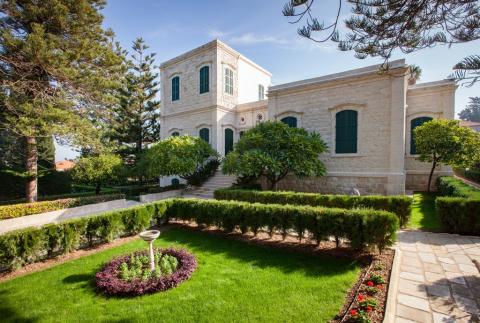