The Báb, during his life, had a certain follower who was specially devoted to him. On one occasion he visited this man in his home. His host said to him that his visit filled him with the greatest happiness of his life; but that he had one sorrow of which he wished to speak. He had been married ten years, and was childless. He begged the Báb to pray for a child for him, and this the Báb promised.

Nine months later a daughter was born to this follower [Munirih Khánum]. When this daughter grew up she was very sweet and very amiable. She had been promised in her infancy to a cousin; and her cousin, in due time, was very desirous for the marriage. Having been permitted to see her, from that day on he seemed to think of nothing but the time when she should be his wife. He urged on the marriage, provided the house, and made all the usual preparations. On the day set, the bride was brought to the bridegroom's house, which, according to Persian custom, completed the civil marriage. Then, to every one's amazement and consternation, the bridegroom refused to see the bride. To the demands of the relatives as to why he had changed his mind within an hour his only reply was, 'I do not know. I cannot explain and have nothing to tell. All I know is that I cannot see her.'

Six months later the young man died. The girl remained in her husband's house until his death; but she never saw him after entering it. She felt much humiliated, and resolved that she would never again marry. She and her family were very earnest believers; and after this occurrence she begged her father and mother to send her to be a servant in the household of the Blessed Perfection. Because of her disappointment her parents did not wish to refuse her; and her mother wrote for permission to visit the family of the Blessed Perfection with her daughter. Permission was granted and they came to Haifa. The Blessed Perfection asked my brother to bring them; but, not finding it convenient to go himself, he gave the commission to someone else to execute. Mother and daughter came to our house, and, having seen the Blessed Perfection, asked to see the Master. At that moment my brother entered and conversed briefly with the ladies, seeming, however, unusually interested for him.

The ladies returned to Haifa and remained there, coming back and forth occasionally to visit us. My mother and I, seeing that my brother was noticing the young woman, hoped that he might marry her; but, remembering our experience, we did not dare to suggest it. About six months later the Blessed Perfection called my brother to his room and asked him if he would not take this young woman for his wife. My brother consented.

In deciding to marry, my brother undoubtedly sacrificed his own preference for a single life to the wishes of the rest of the family, and especially of the Blessed Perfection. The latter had suggested to him that, as his example would influence all believers, it would be well if it illustrated the best and highest condition of life for men, which was the married state. Yet in coming to this decision, I think that our Master was much influenced by the warm regard and affection which he undoubtedly felt for the woman whom he was asked to marry.

Then there was much rejoicing. All the believers looked forward to the marriage with delight. But time went on and yet it was not concluded. The real reason, which we did not care to mention publicly, was that we had no suitable room to give my brother in the house, and were not willing to lose him from our home, where his presence was so essential to our happiness.

Finally, I went to the wife of our landlord and told her of our perplexity. She consulted her husband, and he, a good-natured man, said that he could remove the difficulty. He owned the adjoining house; and he cut a door to connect the courts of the two houses, and gave us a room, completely furnished, in the other house. The way was thus made plain for the marriage, and it was duly solemnised soon after. 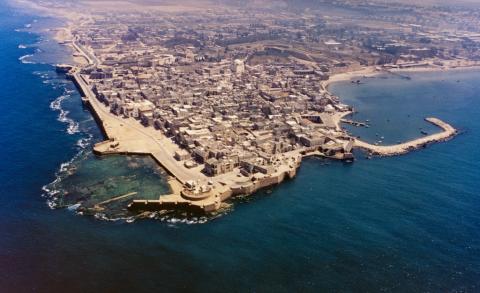