There are many stories of Lua Getsinger. This

There are many stories of Lua Getsinger. This one was told me by Grace Ober, who heard it from Lua herself. It happened on one of Lua's several visits to Acca and Haifa when she and ‘Abdu’l-Bahá were walking together on the beach. Lua dropped behind slightly and began fitting her small feet, into His much larger foot prints. After a few moments the Master turned to ask what she was doing. "I am following in your footsteps," said Lua. He, turned away and they walked on. A few moments later, He turned again, "Do you wish to follow in my foot steps?" He asked. "Oh, yes," said Lua. They walked on - and ‘Abdu’l-Bahá turned again, "Lua! Do you wish to follow in my foot steps?" His tone was louder and stern. "Oh, yes," said Lua again. Then, the third time he stopped and faced her. "Lua!" it was almost a shout, "Do you wish to follow in My foot steps?" "Oh, yes!" said Lua for the third time - and with that, a great tarantula jumped out from a hillock of sand and bit her ankle. ‘Abdu’l-Bahá saw this and paid no attention, turning away and again walking. Lua followed, still fitting her footsteps into His. Her ankle swelled, the pain became excruciating, till, finally, she sank down with the

agony of it. Then ‘Abdu’l-Bahá picked her up and carried her to the ladies quarters, where the Greatest Holy Leaf put her to bed. The agony increased. Lua's temperature flamed; delirium set in. Finally, the Greatest Holy Leaf could stand it no longer and she implored ‘Abdu’l-Bahá to heal her. He examined her carefully then laid His hands gently on her forehead. The temperature drained away, her head cleared she was healed. And it was only later that it was explained to her that she had been suffering from a strange and virulent condition of her blood which the bite of the tarantula had cured. 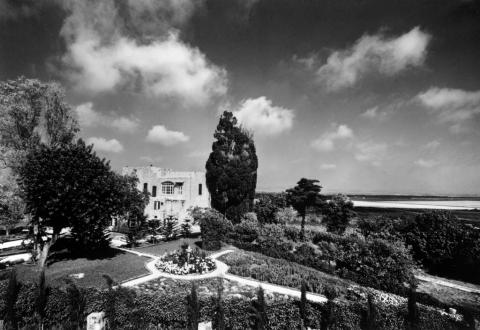