There was one of the pilgrims from Canada who was a member of the National Assembly, and it was the night of her departure before returning home to Canada. And she was talking to him about translating the Bahá’í literature into the Eskimo language. You see, up in the north of Canada, there are lots of Eskimos. In the north of Canada, it’s snow and ice all the time. They never have the warm sunshine like you have here. It never gets warm. They never have these beautiful flowers, and they never have the beautiful birds which you have. So she asked Shoghi Effendi for permission when translating into the Eskimo language to use designations of things in the writings which were familiar to the Eskimos. For instance, she said in the writings, Bahá’u’lláh speaks about the nightingale and the rose. Now she said, up in the Eskimo country they don’t know what a nightingale is, and they don’t know what a rose is. So can we use the word “penguin”, for instance, or some flower, some of the ice flowers which grow in some of those northern lands. Shoghi Effendi said that when you are translating any literature about the Cause written by other than the prophets or ‘Abdu’l-Bahá, yes, you can change and use any other illustrations you want. But when you translate Bahá’u’lláh’s words, or ‘Abdu’l-Bahá’s words, or the Guardian’s words, you translate them exactly as they are. You can’t change anything, and you have to translate “nightingale” and “rose” for the Eskimos. Well, the next night, when the Guardian came over and was bidding her goodbye, he reached in his coat pocket again and brought out a bottle of attar of rose, a very rich oil of rose, the best, most beautiful perfume of rose that there is. And he said, I give you this attar of rose so that when you return to Canada, you can anoint the friends on my behalf and give them all my love. Then in a minute or two, he reached in his pocket and took out another bottle of attar of rose, and he says, this bottle is for the Eskimos. When you make any Eskimos Bahá’ís, you anoint them with this attar of rose, and give them my love, and in that way they will become acquainted with the rose of Persia. 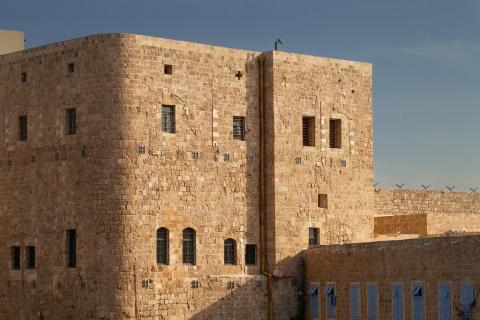