All the Bahá’ís in Iran loved and respected Haji Amin, and many wonderful stories are told about his sincerity and devotion. Once, when he was about to set off for the Holy Land, a very poor woman gave him a small coin to take with him. Haji Amin thanked her and put it in his pocket. As soon as he arrived at the home of ‘Abdu’l-Bahá, he presented to Him the donations he had collected, as he always did. The Master would usually thank him and praise him for his untiring labours. Haji Amin’s integrity was not to be questioned, and he had never made a mistake in his calculations. Indeed, it was not difficult for him to keep his accounts as he never had any money of his own. This time, however, to his utter astonishment, when ‘Abdu’l-Bahá was presented with the money, He looked at Haji Amin kindly and said something was missing from the amount. Haji Amin left the Master’s presences with much sadness, unable to understand what could have happened. He went to his room in tears and prostrated himself in prayer. As he did so, he felt a hard piece of metal under his knee. It was the small coin the poor woman had given him to take to the Holy Land as he was leaving. The coin had slipped through a hole in his pocket into the lining of his long coat. Haji Amin immediately took the coin and went to ‘Abdu’l-Bahá. The Master showered His praises on him . He kissed the coin and said this was worth more than all the other donations because it had been given with the greatest sacrifice.

Roy Wilhelm, an early pilgrim to the Master in Akka observed the esteem ‘Abdu’l-Bahá had won from even those who were not Bahá’ís: ‘Our room fronted upon a little garden in which was a fountain, and nearby a tent in which ‘Abdu’l-Bahá receives many of those who come to see Him . So intense are the hatreds between the followers of the different religious systems that it is unusual for a man to be well spoken of outside his own system, but ‘Abdu’l-Bahá is regarded by all classes as a man of such wisdom and justice that it is to Him that they come for explanation of their religious Books, for the adjustment of their business quarrels, and even for the settlement of family difficulties. The inquirer will be told that ‘Abbas Effendi (‘Abdu’l-Bahá) makes no distinction; that He helps Jew, Muhammadan and Christian alike.’ So fair was He in His dealings that a just Governor of Akka, Ahmad Big Tawfiq, ‘used to send his son to ‘Abdu’l-Bahá for instruction, and in the exercise of justice and sound government turned to ‘Abdu’l-Bahá for counsel.’

Honnold, Annamarie, Vignettes from the Life of "‘Abdu’l-Bahá 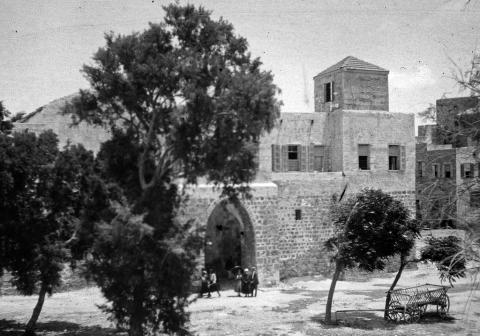