Hear how he treats his enemies. One instance of many I have heard will suffice. When the Master came to 'Akká there lived there a certain man from Afghanistan [Haji Siddiq], an austere and rigid Mussulman [Muslim]. To him the Master was a heretic. He felt and nourished a great enmity towards the Master, and roused up others against him. When opportunity offered in gatherings of the people, as in the Mosque, he denounced him with bitter words.

'This man,' he said to all, 'is an imposter. Why do you speak to him? Why do you have dealings with him?' And when he passed the Master on the street he was careful to hold his robe before his face that his sight might not be defiled. Thus did the Afghan. The Master, however, did thus: The Afghan was poor and lived in a mosque; he was frequently in need of food and clothing. The Master sent him both. These he accepted, but without thanks. He fell sick. The Master took him a physician, food, medicine, money. These, also, he accepted; but as he held out one hand that the physician might take his pulse, with the other he held his cloak before his face that he might not look upon the Master. For twenty-four years the Master continued his kindnesses and the Afghan persisted in his enmity.

Then at last one day the Afghan came to the Master's door, and fell down, penitent and weeping, at his feet. 'Forgive me, sir!' he cried. 'For twenty-four years I have done evil to you, for twenty-four years you have done good to me. Now I know that I have been in the wrong.' The Master bade him rise, and they became friends.

Another governor of 'Akka was dismissed from his duties and sent to Beirut to a new post. He had been very unkind and had not permitted the Bahá’ís to visit their Master, but with characteristic big-heartedness, ‘Abdu’l-Bahá, hearing of his dismissal from his post in Beirut, sent a messenger with His good wishes and a gift of a 'very precious ring'. ‘Abdu’l-Bahá, still a prisoner, offered to do what He could to be of assistance to him.

Honnold, Annamarie, Vignettes from the Life of ‘Abdu’l-Bahá, p. 85

In ‘Akka there lived a man who so hated ‘Abdu’l-Bahá that he would turn his back when he met Him, fearing lest he lost his hatred. One day they met in such a narrow street that the enemy was forced to meet ‘Abdu’l-Bahá face to face. ‘Abdu’l-Bahá tapped the man upon the shoulder and said, ‘Wait a few moments until I speak. However great may be your hatred of Me it can never be as strong as My love for you.’ The man was startled, awakened, and made to feel the unconquerable power of love.

Honnold, Annamarie, Vignettes from the Life of ‘Abdu’l-Bahá, p. 102

It is related of Shaykh Mahmud of 'Akka that he 'hated the Bahá’ís. While many of his fellow-townsmen had gradually come to realize how very wrong they had been and were speaking of the prisoners in terms of appreciation and praise, Shaykh Mahmud remained adamant in his hatred. One day he was present at a gathering where people were talking of ‘Abdu’l-Bahá as a good man, a remarkable man. The Shaykh could bear it no longer and stormed out, saying that he would show up this 'Abbas Effendi for what He was. In blazing anger he rushed to the mosque, where he knew ‘Abdu’l-Bahá could be found at that hour, and laid violent hands upon Him. The Master looked at the Shaykh with that serenity and dignity which only He could commend, and reminded him of what the Prophet Muhammad had said: "Be generous to the guests, even should he be an infidel.." Shaykh Mahmud turned away. His wrath had left him. So had his hate. All that he was conscious of was a deep sense of shame and bitter compunction. He fled to his house and barred the door. Some days later he went straight into the presence of ‘Abdu’l-Bahá, fell on his knees, and besought forgiveness: "Which door but thine can I seek; whose bounty can I hope for but thine?"' He became a devoted Bahá’í.

Honnold, Annamarie, Vignettes from the Life of ‘Abdu’l-Bahá, p. 50

Later, while resting, the Master told Mrs. True about His friends. 'These are My friends, My friends. Some of them are My enemies, but they think I do not know it, because they appear friendly, and to them I am very kind, for one must love his enemies and do good to them.'

Honnold, Annamarie, Vignettes from the Life of ‘Abdu’l-Bahá, p. 80

One of the members of the 'ill-fated Commission of Inquiry, despatched from Constantinople to seal the date of ‘Abdu’l-Bahá', managed later to escape to Egypt, but was robbed by his servant on the way. The Bahá’ís in Cairo gave him financial help, which he had requested. Subsequently he asked help from ‘Abdu’l-Bahá Himself. The Master 'immediately directed the believers to present him with a sum on His behalf, an instruction which they were unable to carry out owing to his sudden disappearance.'

Honnold, Annamarie, Vignettes from the Life of ‘Abdu’l-Bahá, p. 84

When Aqa Ali Akbar was on his way to embark from Haifa, the Governor ordered his effects to be brought back and himself prevented from leaving! This was indeed very strange. The Governor then had his effects minutely examined, and the only 'objectionable thing' they could find was a page bearing, 'Ya Bahá-ul-Abhá!' They took this away, as if he should not be allowed to possess such an article! The Consul protested to the Governor for such treatment of foreign subjects, stating the Bahá’ís to be Persian subjects and entitled to equally good treatment with other foreigners. The Governor answered that the Bahá’ís were not to be classed with other foreign subjects; that they were hated by the Persian Government and it was not advisable for him, the Consul, to make a plea for their favor. "But see God's power! Some time after, this very Governor fell into a strange plight and was found in a helpless position; but overlooking his behavior towards the Bahá’ís, I treated him with kindness during his troubles. I even made him the present of an Aba (robe). I showed him so much affection that he began to doubt my having the least knowledge of his ill-treatment of the Bahá’ís during the days of his authority. He imagined himself to have used such diplomacy by which his acts of sedition against us had remained unknown to us. For how could he, other-wise, think it possible that we would treat him as a friend and show him kindness in the days of his trials? To be brief; When he was for personal reasons arrested and imprisoned by the order of the government, and no one dared associate with him, I expressed sympathy for him by sending him word that I would have even called on him in person had I not thought it probable that, at this juncture, this might give his enemies further occasion to do him harm. In truth nothing is sweeter in man's taste than to do good toward those who have done him ill. For, whenever one remembers such kindness to one's enemies, one feels highly rejoiced. In short, I showed kindness to each one of the officials who, during those days of trouble, had ill-treated the friends. They found my kindness to them so unexpected that they imagined me ignorant of their former deeds. And I never displayed the slightest sign of my knowledge thereof, lest they might be confused and feel ashamed. 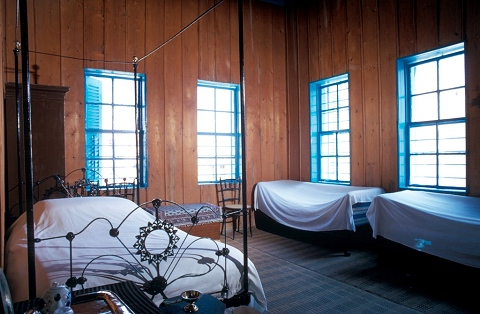