Badasht is a village some distance from Tihrán in the northeast part of the country. The Conference of Badasht was held in July 1848. Eighty-one of the Báb’s most distinguished followers came together in this Conference. The principal participants were Bahá’u’lláh, Quddús and Táhirih.

Although at firs Bahá’u’lláh did not appear to have any rank among the Báb’s disciples, His role at the Conference was decisive. He rented the gardens in which the Conference was held, and for twenty-two days, all those who had gathered enjoyed His generous hospitality. Each day Bahá’u’lláh revealed a Tablet to be read before the assembled believers. To each He gave a new name. To Táhirih and Quddús He gave the titles by which they will be known throughout history. The title Táhirih means “The Pure One”, and Quddús means “Holy”. He Himself was, from that time forward, to be known by the name of Bahá. Later the Báb would reveal a special Tablet for each one of those who had attended the Conference, addressing them by the names they had received on that occasion.

One day Bahá’u’lláh was confined to His bed with illness, and the friends were gathered in His presence. Then, all of a sudden, Táhirih, who was considered the essence of purity and chastity, appeared before them without the veil that, according to the beliefs of Muslims in Iran, all women had to wear in public. Some of the Bábís present felt that she had brought shame to herself and the new Faith. Quddús was visibly angry. But Táhirih, unshaken and aglow with joy, addressed her companions with eloquence. She called on them to break with the past  with its religious dogmas, its traditions and ceremonies. The tension that arose between Quddús and Táhirih was eased through Bahá’u’lláh’s intervention. While a few of the Báb’s followers left the Faith as a result of this proclamation, the majority remained firm and were filled with new enthusiasm. Bahá’u’lláh had masterfully used the occasion to celebrate the dawn of a new Day. Táhirih, through her bold act, had sounded the trumpet-blast announcing the end of the old and the beginning of a new Faith.

The Conference of Badasht also marked the beginning of the most turbulent stage in the development of the Bábí Faith. Soon the persecution of its followers would reach new levels of intensity, and many would be called to martyrdom. It was as if the Conference were a farewell gathering, from where they would go out to perform deeds of great heroism, only to be reunited in the Abhá Kingdom.

Those present at the Conference departed together for Mázindarán, but were attacked along the way by the ignorant inhabitants of a village near which the group had stopped to rest. The believers were forced to flee and scattered in different directions. Bahá’u’lláh continued on to Núr in Mázindarán.

News of the Conference of Badasht soon reached Tihrán, and the King and his ministers became aware of the events that had taken place and the role played by Bahá’u’lláh at the Conference. The King, weak from an illness that would soon take his life, was advised by the Prime Minister to order the arrest of Bahá’u’lláh. Accordingly, an order was sent to one of the officials of Mázindarán, instruction him to arrest Bahá’u’lláh and bring Him to the capital. As it happened, the order arrived one day before that very official was to give a reception for Bahá’u’lláh, to whom he was devotedly attached. He was greatly distressed and chose not to tell anyone. The next day news reached Mázindarán that the King had died; the arrest order was no longer valid. 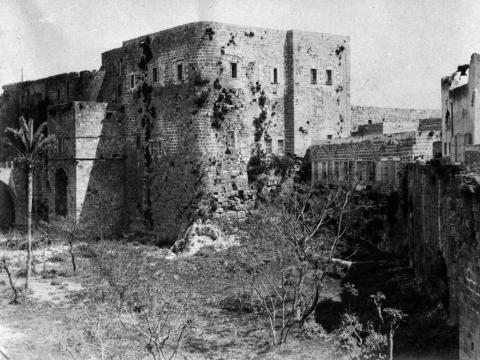