These words are especially poignant when one thinks of Thomas's young age, of the influence he demonstrated both during his life and after his death. For, truly, he was unlike anyone else. The spiritual maturity he evinced was that of a much older person. Thomas continued a fortnightly correspondence with Dr Yunis Khan, who shared all his letters with ‘Abdu’l-Bahá. He would inform Him of Thomas's situation and of his desire to do the Master's will. In one of his letters, Thomas asked whether the Master would permit him to leave Paris for a few days for England, should one of his parents become ill or die. Then, upon reflection, he thought it was not necessary to trouble ‘Abdu’l-Bahá with this question, since He would certainly reply as Christ had already replied, that he must 'Let the dead bury their dead'. Dr. Khan read the message to ‘Abdu’l-Bahá, Who smiled and told him to reply that, today, 'the living must bury the dead'. In one of Thomas's later letters to 'Akká, he said that he now understood what he must do, but was still hoping to please the Master more, to suffer more for his Beloved. No one yet knew what this suffering was of which he spoke. Matters became more complex when Thomas's parents arrived in Paris, seeking to persuade him to return at once to England, to convalesce from his increasingly poor health. But Thomas steadfastly refused to leave Paris. He asked ‘Abdu’l-Bahá to pray for his parents, so that they might become Bahá’ís. The Master replied that Thomas should not worry over that matter, and, only a fortnight later, Thomas informed ‘Abdu’l-Bahá that his father, who had previously disowned him for rejecting Primitive Methodism, had embraced the Bahá’í Faith. Edward Breakwell even went so far as to write his own letter of supplication to the Master. ‘Abdu’l-Bahá revealed a Tablet in his honour.

Thomas wrote to the Master, happily saying that, if he were Persian, he would have chosen to be a martyr. He had been admitted to hospital, and was in the tuberculosis ward. But news from the young man continued to reach 'Akká, conveying an ever-increasing joy, despite his suffering. Sometimes, when Dr. Khan read Thomas's letters to ‘Abdu’l-Bahá, the Master would remain silent. Dr. Khan knew that the 'mysterious communion between the lover and the Beloved had no need of the spoken word.' At other times, the Master would ask his secretary simply to convey His greetings. Although Thomas could have asked for healing, he never did, but prayed always for greater suffering. The more his illness consumed him, the greater his joy became. Hippolyte Dreyfus, who was able to visit Thomas in hospital, relates how the young Englishman spoke to the other patients enthusiastically about the Bahá’í Faith. Some of his listeners were upset by his message, others criticized it. But Thomas, unperturbed, maintained his tranquillity and told them that he was not going to die, but was merely departing for the Kingdom of God, and that he would pray for them in heaven. Writing of his pain, he said: 'Suffering is a heady wine; I am prepared to receive that bounty which is the greatest of all; torments of the flesh have enabled me to draw much nearer to my Lord. All agony notwithstanding, I wish life

to endure longer, so that I may taste more of pain. That which I desire is the good-pleasure of my Lord; mention me in His presence.'

Yunis Khan recounts the following story regarding the Master's continuing attachment to Thomas, after his passing from this earthly plane: ‘Abdu’l-Bahá called me one day to His presence, to give me letters to translate. There were many envelopes sent from various places. While examining them still sealed, He, all of a sudden, picked out one and said: "How pleasing is the fragrance that emanates from this envelope. Make haste, open it and see where it comes from. Make Haste."... In it there was a postcard ... the postcard was coloured a beautiful shade, and attached to it was a solitary flower -- a violet. Written in letters of gold were these words: "He is not dead. He lives on in the Kingdom of God." Further, there was this sentence: 'This flower was picked from Breakwell's grave.' When I told the Master what the message of the postcard was, He at once rose up from His seat, took the card, put it on His blessed brow, and tears flowed down His cheeks.'

Thomas Breakwell's grave was leased for five years, after which time, as no surviving members of his family kept up the payments on the plot, his bones were disinterred, cleaned, bundled and numbered, and as is the custom, placed in the cemetery's charnel house. The section where Breakwell's bones are stacked has long since been sealed and other sections built against it, which in turn have been filled. Since the time when Thomas's bones were removed, two other people had been buried in this grave. When it became known to the Bahá’ís in Paris that the gravesite was once again vacant, the National Spiritual Assembly of the Bahá’ís of France applied for permission to erect a permanent monument to Thomas on the site. A competition was announced, and a number of Bahá’í architects submitted a variety of designs. Cemetery officials were reluctant to give approval for an elaborate monument, and the National Assembly had to settle for a simple but dignified stone. Now that stone is in place, and has already become a focal point of pilgrimage. The Universal House of Justice has encouraged the French Bahá’í community to continue its efforts to retrieve Thomas's remains from the charnel house and have them returned to their original grave.

Thomas Breakwell breathed his last at seven p.m., on 13 June 1902, at No. 200, rue Faubourg Saint Denis. He was 44  years of age; he had been a Bahá’í for hardly one year. But from that moment on, he possessed all eternity to live and proclaim his Faith. The mysterious nature of the unspoken communion between the lover and the Beloved can be seen in the way in which Yunis Khan learned of Thomas's death. 'I was accompanying the Master in the evening from the house where He received His visitors to His home by the seaside. All of a

sudden He turned to me and said: 'Have you heard?' 'No, Master,' I replied, and He said: 'Breakwell has passed away. I am grieved, very grieved. I have revealed a prayer of visitation for him. It is very moving, so moving that twice I could not withhold my tears when I was writing it. You must translate it well, so that whoever reads it will weep.' I never knew who had given the Master the news of Breakwell's death. If anyone had written or cabled either in English or French, that communication would have passed through my hands. Two days later the prayer of visitation was given to me. It wrung one's heart, and I could not hold back my tears. I translated it into French, and later, with the help of Lua Getsinger, into English. 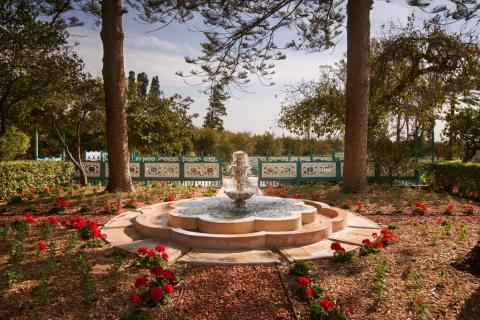